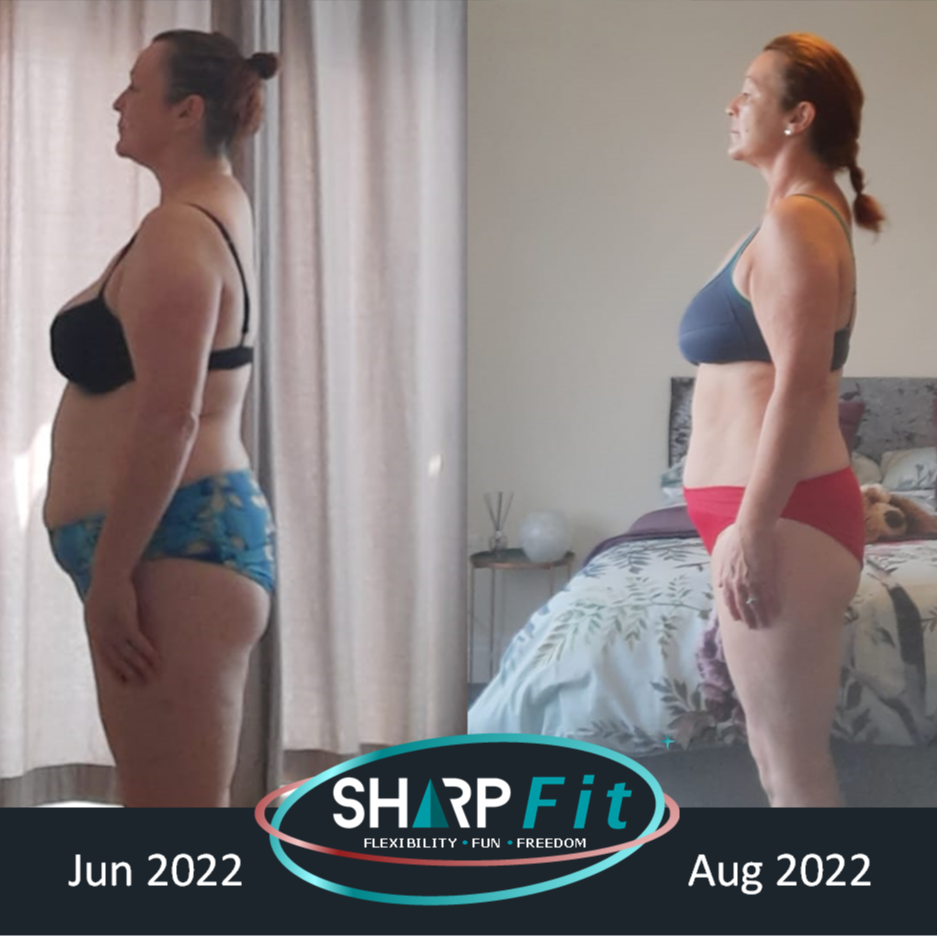 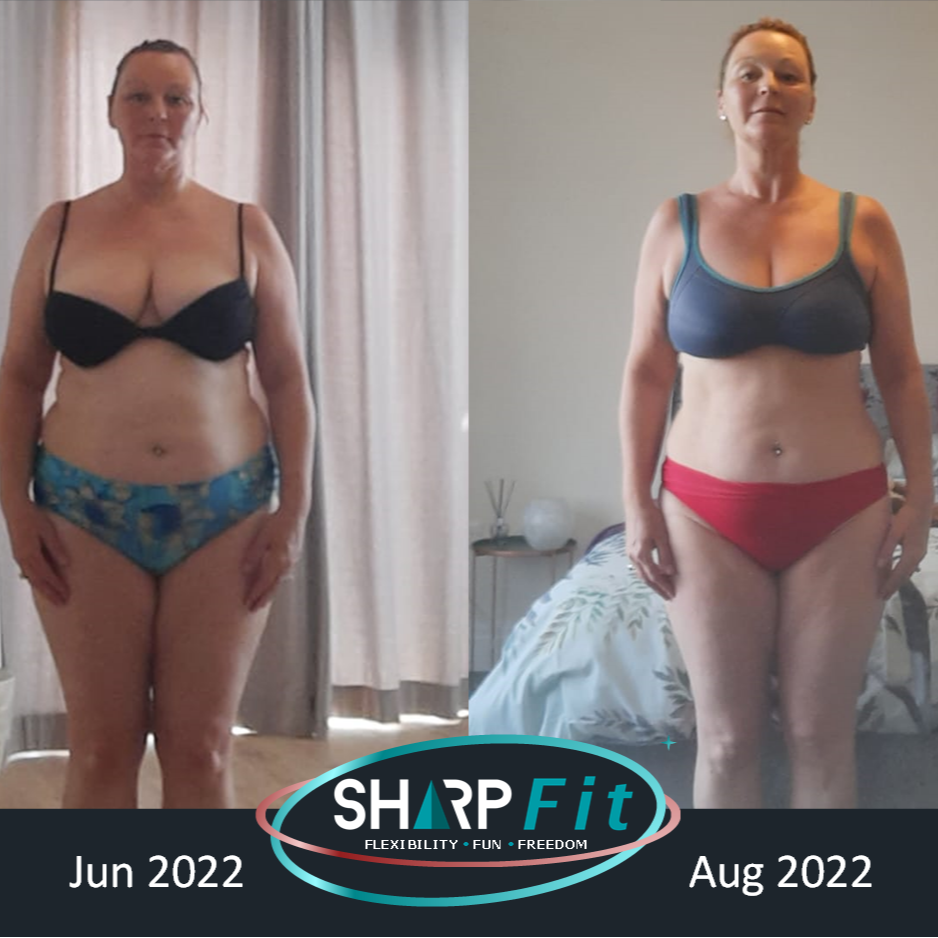 Tracey is an amazing go-getting businesswoman who values her own fitness, friends and family. However, coming out of a bad relationship with a narcissistic husband along with the loss of her dad had not only knocked her confidence, but the restrictions that had been placed on her lifestyle, along with the menopause had also resulted in an increase in weight, significant joint pain and a lack of energy.

Adding onto this, having to spend a lot of time looking after her ageing parents and relatives, meant that her own self-care had slipped off the radar.

While still getting out walking, especially along the gorgeous coastal and cliff-top paths near her home aiming to get in 10,000 steps, the odd cold-water swim and when can attending a local spin class, Tracey was finding that the lack of consistency along with not eating well was holding her back. And it was being noticed as she would often have to have an afternoon snooze, just to get through the day.

With a summer ball in the diary 3 months away, Tracey had her sights on losing 6kg and to be able to dance at least a little.

After a recommendation to have a conversation, Tracey and I discussed how she would prefer to be instead. Realising that with a bit of knowledge, some accountability and carving some time out for her own selfcare, some significant changes could be made quickly.

It wasn’t easy. Tracey first of all had a holiday with friends booked. Then had family engagements, weddings and other events to work around. And bouts of illness herself as well as dealing with those of her elderly relatives. Let alone running a full time business.

Though she was determined to succeed, to become a fitter version of herself again, one where her biological age can be younger than her chronological age, with more energy and being a role model to other women with strength in body, mind and business.

Little by little the changes started. Firstly adapting to putting herself first, understanding her boundaries and what is acceptable and not what is not. Starting to work on eating better and working out from home, coupled with getting fantastic support from her mum, she lost her first 3kg within a month.

Changes to eating were not always easy, as finding the balance between taste, ease, and nutrition is a challenge, especially when you have a sensitive stomach, though determined to make this work, we found real food methods to keep things on target, dropping another 5kg.

Then with her confidence growing, Tracey stepped back into the gym, wanting to progress even more, to build more muscle and improve her overall tone, dropping 10kg in total over 3 months, in time for the summer ball.

Now feeling fabulous, more confident and with the knowledge to keep progressing even further. 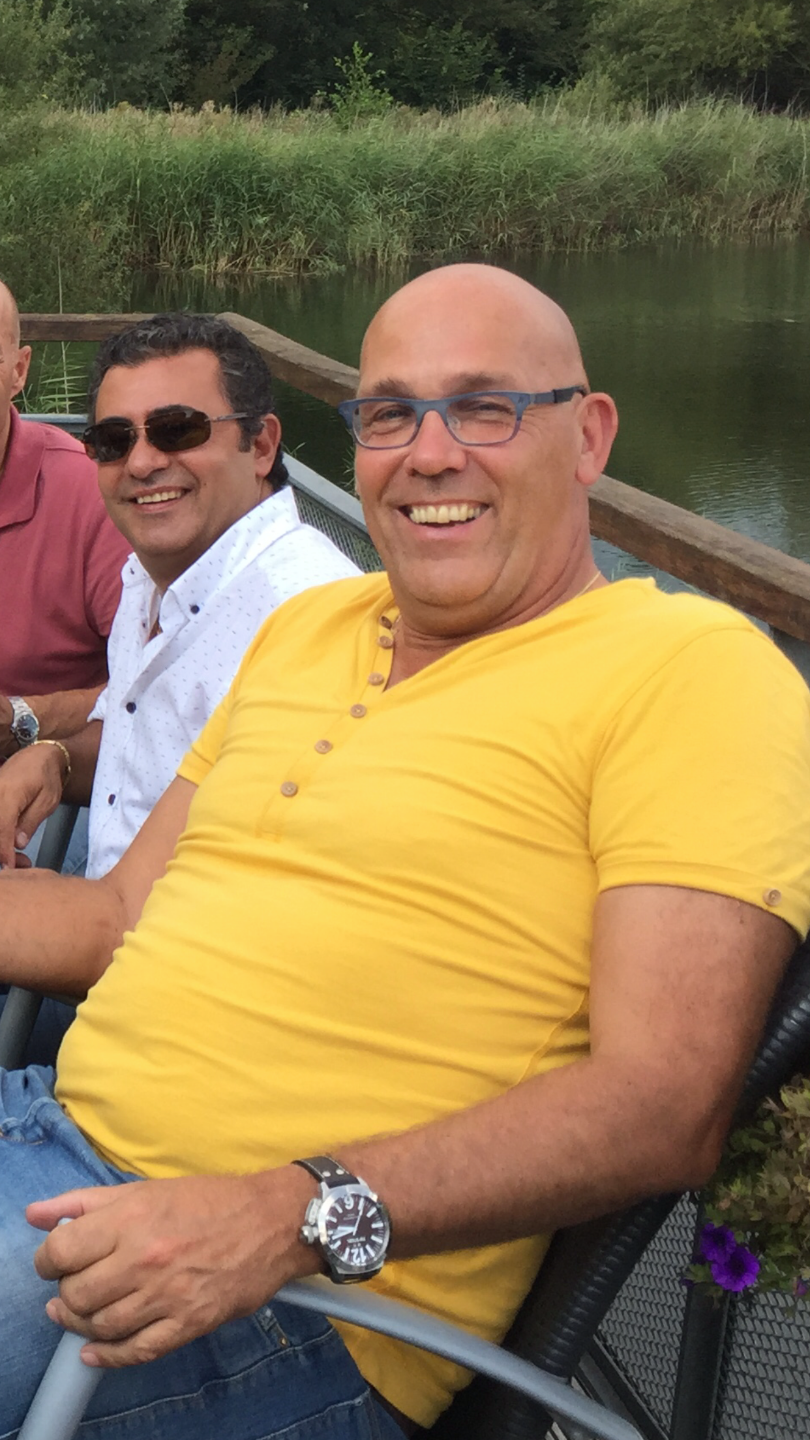 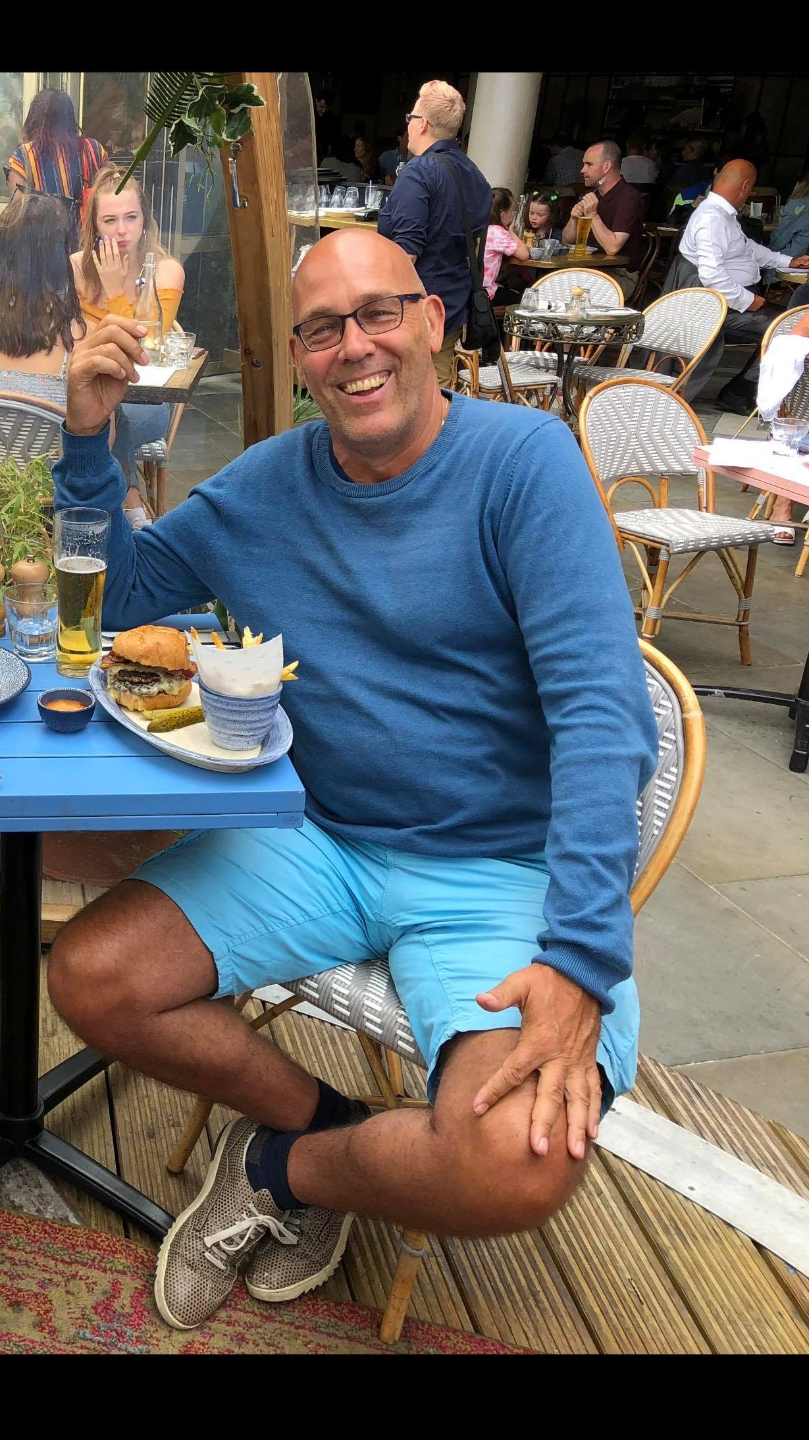 It is not always about weight loss, body fat, muscle size and image.

In fact, for many people adopting a fit and healthy lifestyle is more to do with how they feel and what they can do.

Which is why it is so amazing, that it gives me that “Ready brek” glow inside, when we receive feedback such as this from Frank.

Just joining in the morning AB Fit at home virtual training for 2 weeks and already seeing a better result in a sport that he loves. 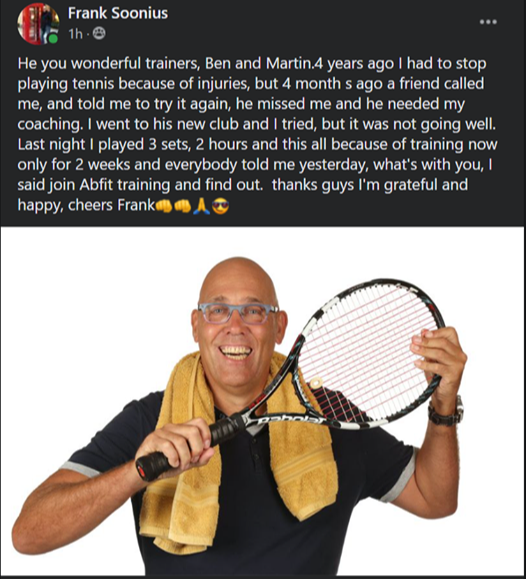 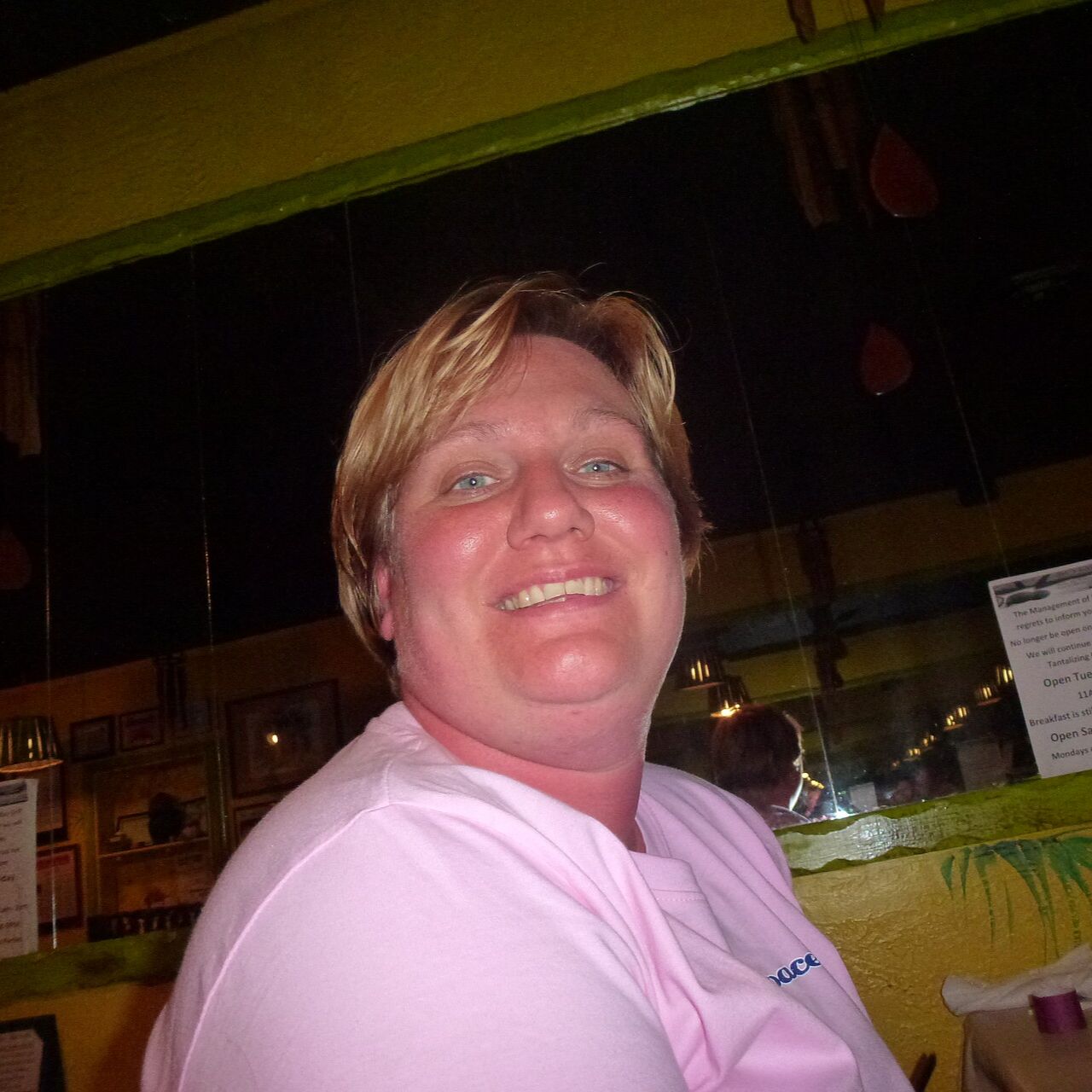 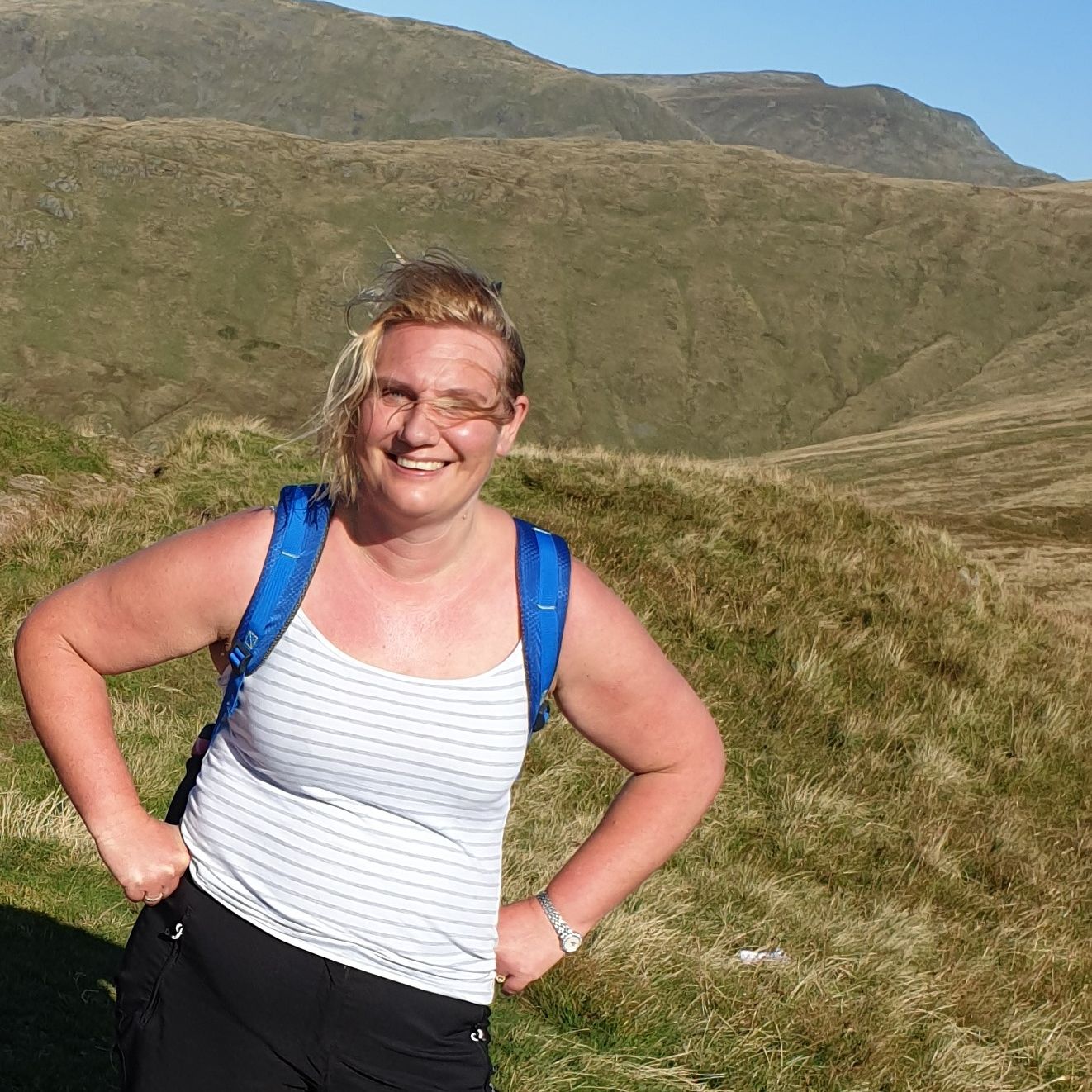 Sarah is a busy mum of 3 children and director of 2 business. Between juggling commitments at home and with her companies, she rarely if ever finds time for herself. While she never describes herself as sporty, she previously enjoyed hill walking, canoeing and cycling when she had the time.

The problem being her weight had ballooned, resulting in joint pain and a negative self-image, meaning she is shying away from some social engagements, which had impacted her businesses as well as her family activities. For example, the kids now call her to grumble mum.

She tried Weight Watchers and while she adopted the meals, the family wouldn’t eat them and she couldn’t cope with all the calorie counting.

Her exercising with a personal trainer was great, however, after a busy week, she was too exhausted to then go voluntarily for a gruelling beating of an hours’ worth of constant sweating and near blackout exhaustion.

In despair and disappointment with her results, she resigned to herself that she should never climb mountains again.

We discussed what her motivation was to change and her aspiration, clearly defining what her desired outcome was and why it was so important to her. Then we explored how great preparation could create time for her, which will lay the foundations for change. And she committed to giving it a try.

We worked together on ensuring there were clear times reserved in her diary, so from the start she knew what was needed, when and for how long. Then made sure that she knew what was expected with a clear exercise, meal plan along with what needed to be purchased.

Supported by these easy to follow systems that didn’t feel like another chore and personalised coaching, she was fuelled by newfound confidence, Sarah made small changes carving out time for herself and while this may only seem like a small win to some, it was a massive boost as she’d spent 20 years putting others before herself. Getting out hillwalking at least monthly and incorporating healthy nutrition and exercise into her life.

This became the spark that ignited the fire. Within 6 months she’d smashed her ambition of being able to run 10km along with dropping 0.5kg weight on average per week consistently without it feeling like a chore.

And now she is running over 50 miles per month and has set targets of toning up through body composition changes. Although my proudest moment is seeing how happy she is and enthused with life. 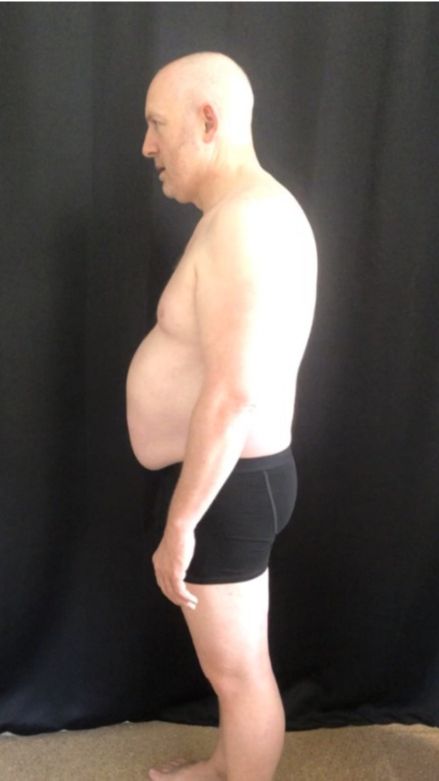 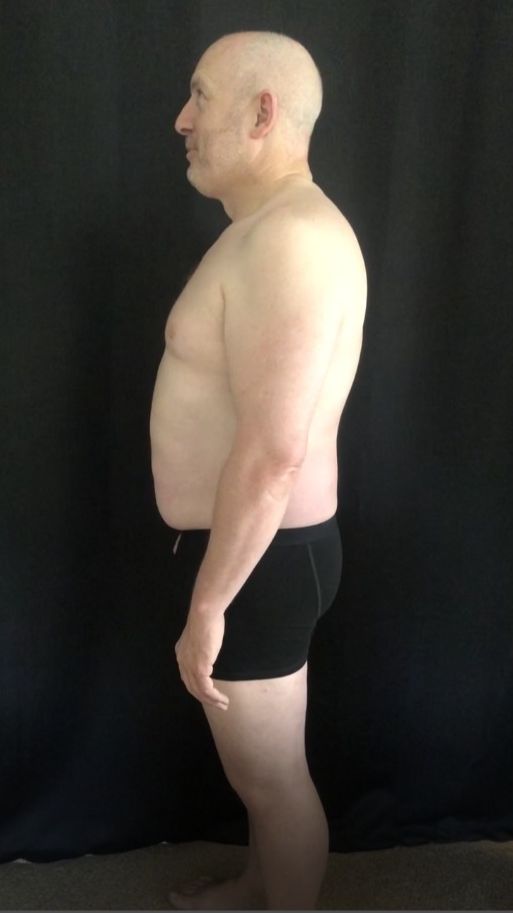 James is a successful entrepreneur who has built a fruitful recurring 6 figure business. As an electrician no longer “on the tools”, he found his niche teaching electricians and trades, how to market and attract clients local to them. This suits his lifestyle, allowing him ample time with his family and in learning new skills in this fast moving area of business, around digital marketing.

After a significant shoulder injury put him out of action for training for over a year, James became concerned at his expanding waistline. He knew he had to make some changes in his life, as he became more and more sedentary. He didn’t want it to affect his time with friends, family or his business community of Toolboxers, his clients.

The problem was Personal Trainers were unable to assist or provide any meaningful help as he has no desire to bulk up or improve his strength.

He tried to diet, although found that cheat days those he wasn’t following the diet became any of those ending in Y, he was having more cheat days than normal days.

“And who really has time for the calorie counting demanded by the more popular diet programmes.” he’d exclaim Those quickly disappeared from his radar.

After talking with James, the thing was he needed more knowledge on making more healthy choices and how to incorporate these into his busy, yet satisfying, work & life. He needed to have the ability to get his questions answered to support his understanding and in making the healthy choices.

So James loaned his lifestyle improvements from his passion to support his community of clients and spend time actively with his family.

By helping James set clear outcomes and taking responsibility for his health and fitness, along with providing a custom exercise and meal plans, the path was set. I answered lots of questions to make sure he received the right information when he needed, not just the once per week as he’d previously had, to make sure that positive habits formed, and during his weekly check-ins we tracked his progress identifying areas of his life that were holding him back from achieving his desired outcome.

James has now scheduled time for himself and actively takes a brisk walk of more than 10,000 steps every day. And is no longer a stranger to the gym and is making the most of his membership.

He now knows when he is consuming foods that could affect his progress. And makes better choices for himself. Like, he no longer grabs the cans of Red Bull when at the service station or reaches for chocolate bars just because they are there. Helping him drop ½kg per week on average.

Although the change he is most proud of it that he is feeling much happier, healthier and hunkier. 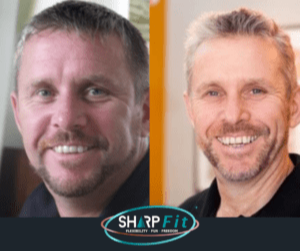 Matt was increasingly aware of his expanding waist line and lack of energy, which was affecting all areas of his life. A successful entrepreneur for over 12 years since leaving the armed forces, he was dismayed by what he saw was available for supporting service personnel transitioning to civvy street. He set himself a life goal to start to help share some of the positive stories and well-trodden pathways that many ex-service people had used.

The thing was, just like his fitness he wasn’t doing anything about it.

When I met Matt, he didn’t know where to start.

After talking through his aspiration for what he had in mind, it was clear that more structure and accountability was needed to achieve his goal and along with more energy and focus.

All of which were skills that he had while in the army and that he used with his clients in his business, yet with the pressure of business was no longer applying to his own life.

After planning out what was necessary and scheduling in the time, it wasn’t long before Matt was finding the increase in movement through exercise and dog walking gave him space to think and formulate the content for his book.

Through feedback in weekly online discussion sessions and his own reflective work in the weekly check-in, Matt not only got clear direction on how he could continue to improve his health, fitness and life goal, he was also starting to recognise patterns and finding changes he needed to make for himself.

Utilising the easy to follow nutrition and exercise reference, he found that even while working away from home, he was able to adapt his training and meals so that he continued to improve week on week.

He picked up his passion for running again and with that the momentum was set for further success.

Realising there were other aspects of his life he was unhappy with, we continued to work on on his nutrition. Now he has been dry since 2019 after, stopping drinking alcohol and benefiting from the health and financial benefits.

Matt has also achieved one of his life goals and is now a published author of his own book Worlds Apart – Understand your past, navigate your future and supports a growing community of ex-military personnel transitioning to civilian life, alongside his existing business and still improving his health and fitness daily.