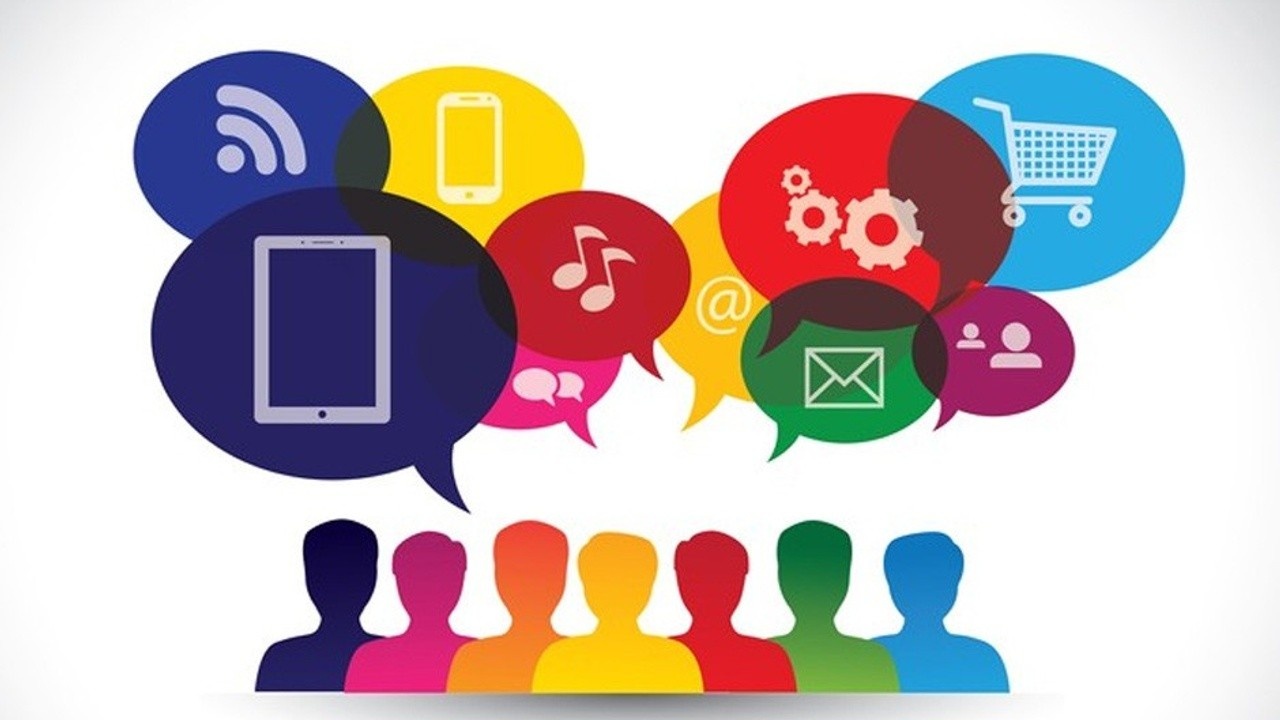 What is your advice on taking your business forward to 10 years and beyond?

In this blog we again have something a little different, and this is really close to my heart. Because recently we made it to 10 years old in my business. Now for some, this isn’t too much of a surprise. I’ve been helping so many other companies be able to get the growth and success and sustainability that they’ve been looking for over the last 25 years that it’s great to be able to celebrate it within my own company as well.

At a recent event that we ran, we were asking the question: What is your advice on taking a 10 year plus business forward? Here are the answers that some other 10 year plus veterans have come up with.

MARTIN: First question. Thinking about taking yourself into 5 years’ time, in 5 years’ time you said you want to be in Simon’s position, John. What does that mean when you look at that?

JOHN: I think I recognize that there’s a lot of things within the business that I’m not as good at as I used to be, and I’ve now got other people doing that. I think eventually that’ll be your whole skillset at some point, so it’s natural that I’ll exit the business. For me, I’m aiming for 5 years’ time. That’s when I’d like to go.

I’m repeating myself, but I’ve got to get the very best people to come in and replace what I do. I guess in 5 years’ time, Lee, who’s one of the partners, will have another 5 years’ experience, so he’ll be able to step into my shoes in that kind of triple-shooting role that I have.

I’d still like to have some kind of involvement in the business, just to keep the old grey matter going, but I’ll be 55 in 5 years’ time. I always promised myself I’d go at 45. Didn’t quite work out. But 55, I’ll go then. For me, it’s an exit. It’s a business sale. It’s a management buyout, which is always the best way to sell your business because you have a guarantee to get paid. I hope I’ve answered the question the right way.

MARTIN: Yeah, I think you have. That gives us a very clear idea of where you’re going.

JOHN: You need to find another accountant in 5 years’ time. [laughter] Is that what you’re thinking?

MARTIN: No, no, no. I know Mark will still be there.

MARTIN: I know you won’t leave it in a bad place, to be frank. That’s no problem. But no, I’m sure it’ll all be good. For you personally, though, after you’ve exited the business, what’s your plan in 5 years? Because I know you do so many other things as well.

JOHN: I was a keen rugby player when I was younger, and I’m the treasurer of Ilkley Rugby Club. I’m a massive foodie. I’ve got a wine import business that I get to go out to Reoccur or Tuscany every now and again, so I’ll get more involved in that. I’m in a band which we’ve reformed recently. It’s a Clash tribute band if you like The Clash. So, I’ll do more of that.

And I just love being at home as well. I’ve got a woodfire pizza oven, and as I say, I’m mad on food and drink. I’ll spend more time at home. I never understood these people that win the lottery and say, “I’m going back to work.” I can fill my day no problem without working. I know we’re here to celebrate business, but I’ve got a load of stuff I could do, easily.

So yeah, I will continue with some of my voluntary roles. I’m treasurer of the Ilkley Beer festival and I’m treasurer of the Friends of Kings Hall, which is our local Victorian theatre and that kind of thing. So, I’ll keep my arm in a little bit with that. That’ll probably take up maybe a day a week. And the rest of it – I’ve looked at buying an aeroboat. I read a book on it recently called Living on an Aeroboat.

I’m from Whitby originally. I’d love to get a cottage there and just fill my life up with doing things like that. I’ve got a lot I could do. I’m not going to be scratching my head thinking, “What shall I do with all this time?” There’s a load I want to get through. Big bucket list.

MARTIN: Fabulous. That’s nice to hear. For yourself, Simon? Obviously, you’re already on a 3-year plan now. What’s 5 years look like for you?

SIMON: I think in 5 years, both Chris and I will not be working for anybody in particular. I probably will still do occasional consulting engagements because it’s interesting and it’s fun. I’m writing a bit – not books like you are, but I’m an occasional contributor to things like PC Pro. So a bit more of that. It’s just fun. It keeps me engaged in the technologies and the marketplace and those changes, which I love.

And, I guess there’s just more hobbies, more travel, more all the other stuff that’s had to be put to one side. I had two weeks off in June, two holidays in June already, which is great, and what it’s reminded me is how much fun you can have when you’re not working. So, I can certainly see doing a lot more travel.

I’ve traveled the world. I had an international marketing career. It was very high power, and it was brilliant, great fun, and yet I’ve maybe been to 8%, 12% of the countries in the world. And I haven’t been to all the parts of those countries. They’ve got so much more than just the hotel or the city that I got to visit. So yeah, loads more of that is important.

And I need to get much better at jazz guitar. I’m a damn fine rhythm guitarist, but my jazz playing is rubbish, so that needs to be sorted. I’ve got my first lesson on Wednesday.

MARTIN: Fantastic. Looking forward to listening to that. Is that playing still with the group Trip Manhattan

SIMON: No, Trip Manhattan folded a while ago. But I have a copy of the album if anyone wants it, and 5 pounds in it for you. [laughter]

MARTIN: Fabulous. Always an opportunity. Cheryl, I don’t think you’ve got any plans that we’ve talked about with regards to retiring or anything in 5 years.

CHERYL: I’m never retiring. I’m going to be the oldest woman swearing speaker on this circuit. I’m going to be like the cat lady, but without the cats. You thought there was a joke coming there, didn’t you? No, it’s okay. I’m keeping it clean.

Yeah, I’m just going to be one of those really eccentric old women that talk about sex and it’s really uncomfortable or something like that. I don’t know.

CHERYL: Yeah, I’m doing it wrong. I never do it wrong just so you know. I’ve had four husbands; I’ve had a lot of practice.

SIMON: I bow to your superiority.

I’m sure it may change, but now I just love what I do so much that it is my life and it is my hobby and it is what I do and what I love. People say to me, “What are your hobbies?” and I’m like, “What I’m doing. That’s what my hobbies are.”

But on a serious note, I probably will get more involved in children’s education. I think that by then, hopefully some fucker will have woken up and realized that we’re not in the industrial revolution anymore, so we don’t have to train people to wear a uniform, stand on a conveyor belt, and say ‘yes’.

And I’m learning that more because Leon and Gemma, we live together now, so when Leon gets his correction – which he’s just told me about – we’ve got a little plan of corrections. It seems to be for such petty things. I sort of agree, it’s a bit of a shame, really, that they have this – and we’ve been talking about property investing and he knows about the property portfolio that he’ll take over when I’m dead, after his mother’s dead. [laughter] He did smile at that stage, so I’m not quite sure whether or not – I might not be here in 5 minutes, let alone in 5 years.

But just to educate the kids that they can do that. I think that’s probably where it will go. Also, interesting how you said about gut instinct and intuition – part of what we do is to take people out of their head and into their body and really train or just share with people that there is a different way of living. That’s pretty much it.

But I won’t be doing that from some deckchair in wherever. I’ll be doing that in your face. I don’t see myself retiring at all. I quite like being busy. It’s a good distraction. What can I say?

MARTIN: Fantastic. So, watch out for falling pianos, then, by the sound of things.

MARTIN: Here on the channel, we’re looking at how we can share a whole variety of tips, hints, soundbites, and extras of things that we have found we use on a weekly, daily, even hourly basis. So, click the ‘Subscribe’ button now so you don’t miss out.

John Oddy – John has created, developed and sold several businesses. Most sold for a healthy profit, yet he has some tales to tell about the others. Today he is Managing Partner of Ascentis LLP as well as Finance Director of Premier Cru Fine Wine Ltd, Meridien Homes, LED Switch Solutions Ltd. Owner J2MPO Micro VC.

Simon Hudson – If your idea of an IT fix it to turn it off and on again, listen to Simon. Director at Cloud2 his specialities are IT Services, business development and strategy, digital media, application of technology and working without paper.

Cheryl Chapman – Here’s an awesome speaker who’s on a mission. A no-nonsense a funny Yorkshire lass she wants to guide 10 million people to STOP asking “why me?” And START saying “why not me!”. She’s an international multi-award winning motivational speaker and mentor and the founder and CEO at Find Your Why.